Sayen did his homework!

at 14:20
Email ThisBlogThis!Share to TwitterShare to FacebookShare to Pinterest 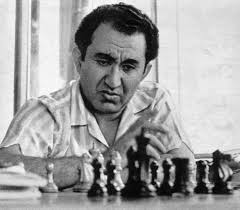 Tigran Vartanovich Petrosian (June 17, 1929 – August 13, 1984) was a Soviet Armenian Grandmaster, and World Chess Champion from 1963 to 1969. He was nicknamed "Iron Tigran" due to his almost impenetrable defensive playing style, which emphasized safety above all else.

Petrosian is widely known for popularizing chess in Armenia.  He was recognized as the hardest player to beat in the history of chess.  Petrosian was not selected for the Soviet Olympiad side until 1958; he had already been a Candidate twice by that time. But he then made ten straight Soviet Olympiad teams from 1958 to 1978, won nine team gold medals, one team silver medal, and six individual gold medals.
His overall performance in Olympiad play is impressive: +78 −1 =50 (only one game lost, to Robert Hübner, out of 129 played), the third all-time best performance after Mikhail Tal and Anatoly Karpov.  Petrosian was an expert against the King's Indian Defence, and he often played what is now known as the Petrosian System. The Queen's Indian Defence also has a variation developed by Petrosian. This system received much attention in 1980 when it was used by the young Garry Kasparov to defeat several grandmasters. Today the Petrosian Variation is still considered the most pressing variation, with the greatest score in Master games.
For his excellence in World Chess and significant contribution to the game, the Glenwood Chess Club honours his memory through the Petrosian Memorial Tournament, a one day rapid swiss on 1 June 2014.

Current can be seen here. (Note a player's entry will only appear here if they entered using the online entry)
at 21:41
Email ThisBlogThis!Share to TwitterShare to FacebookShare to Pinterest

N.B.  By choosing to participate in the GCC Club Championship Tournament you are agreeing to abide with the rules and regulations stipulated here.

E Section - pairings will be done on Friday night at GCC.
at 04:52
Email ThisBlogThis!Share to TwitterShare to FacebookShare to Pinterest 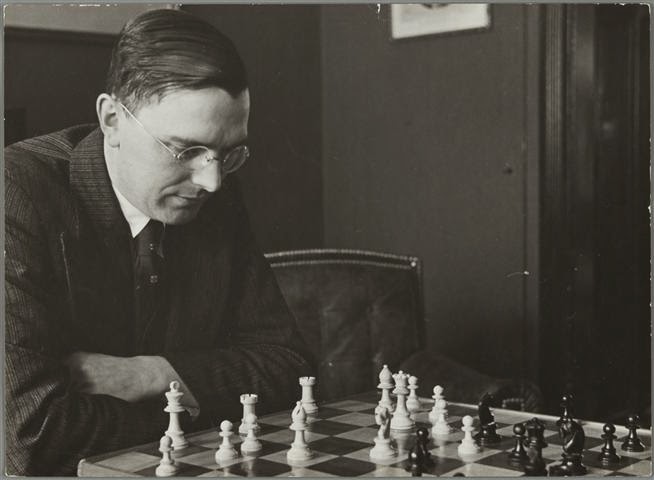 Dr Max Euwe (20 May 1901 - 26 November 1981) was a Dutch chess Grandmaster, World Chess Champion (1935 - 1937), and FIDE President (1970 - 1978).  Euwe (pronounced uhr-vuh) earned a doctorate in mathematics at the University of Amsterdam.  Euwe had also won the Amateur Heavyweight Boxing Championship of Europe.  Euwe also authored or co-authored a number of highly instructional chess books, including "The Road to Chess Mastery", "The Middle Game" - books 1 and 2, "Judgment and Planning in Chess", and "Chess Master vs Chess Amateur". 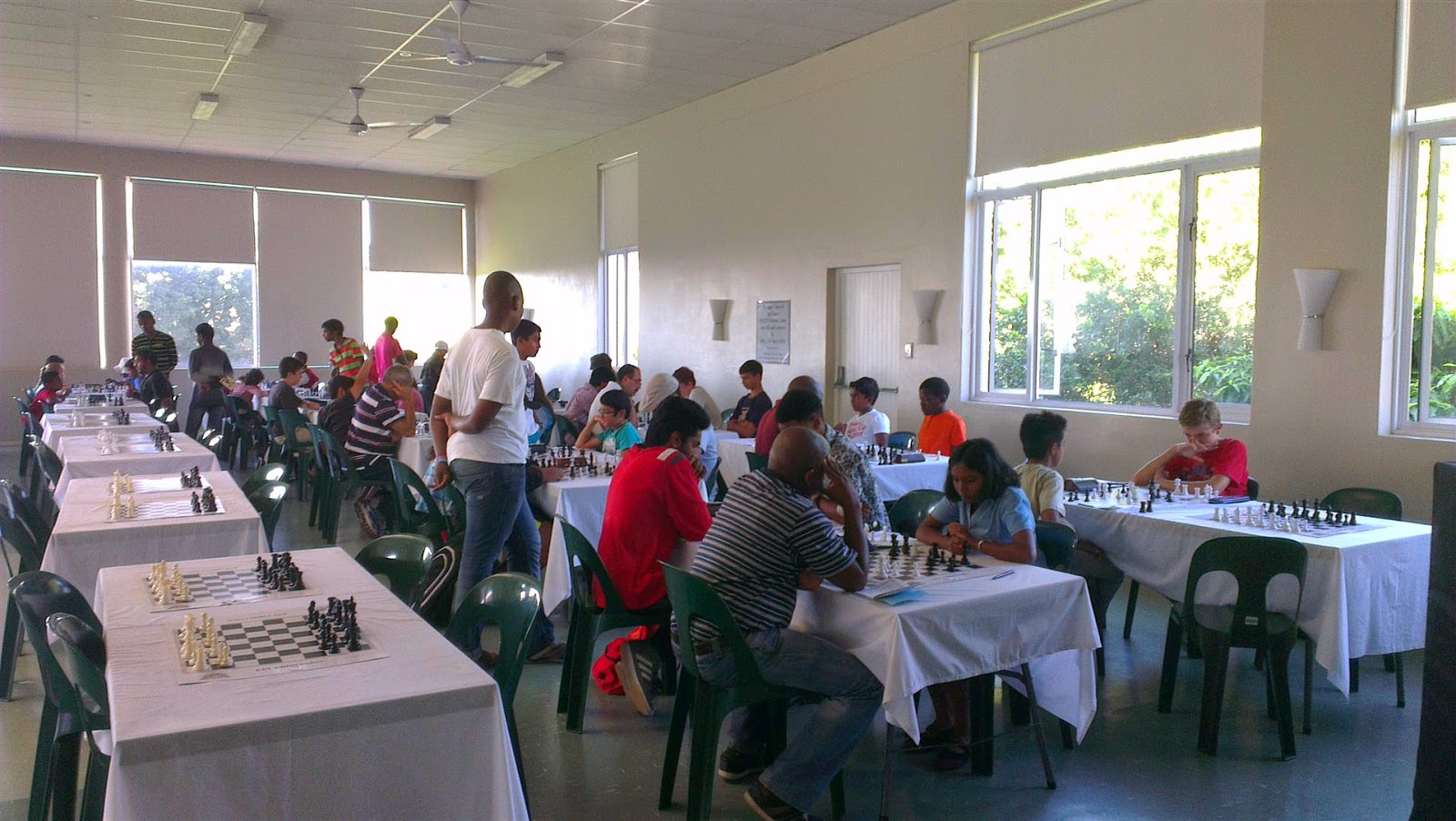 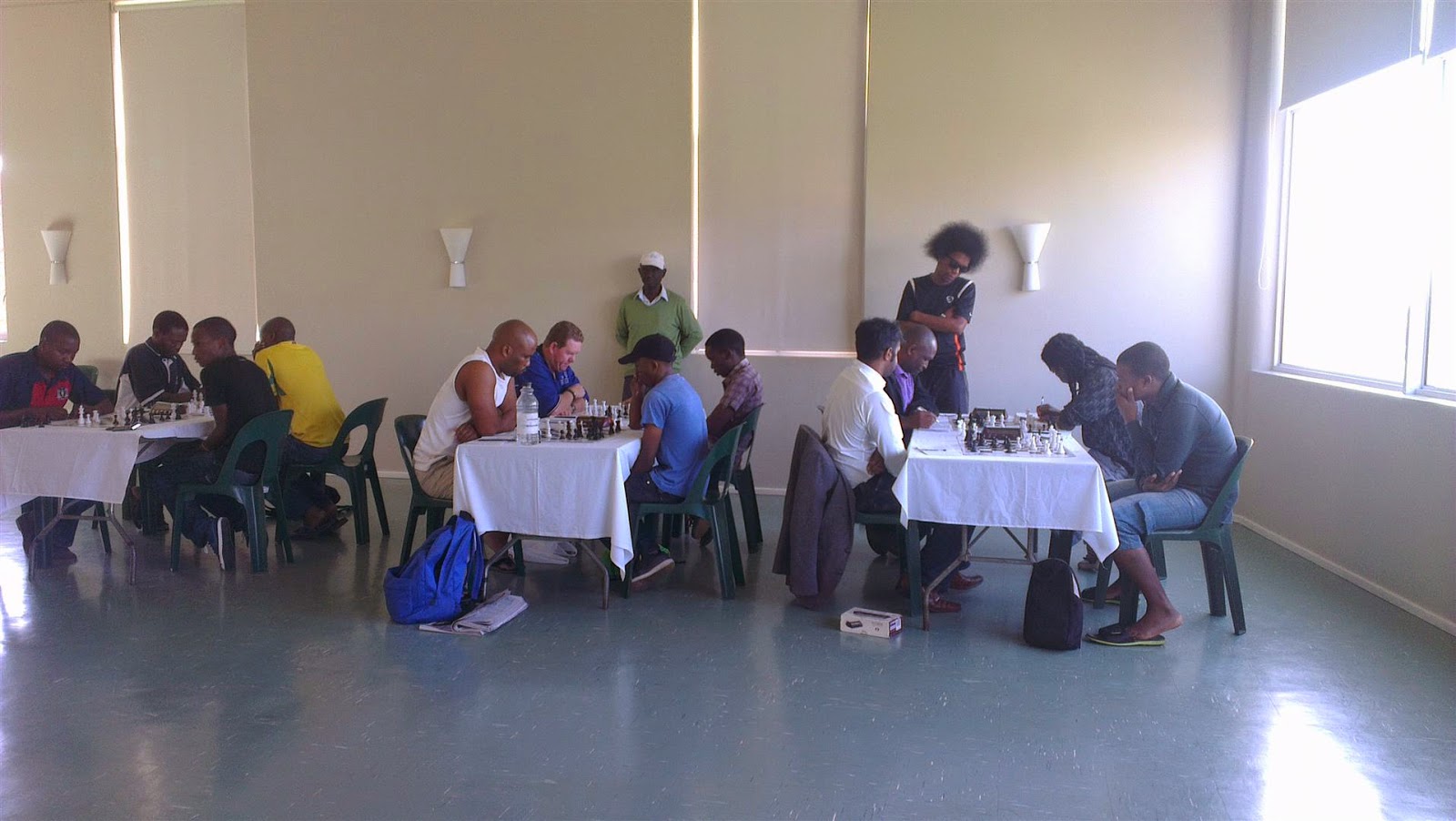 Glenwood Chess Club hosted it's first open swiss tournament: Max Euwe Memorial to commemorate this former World Chess Champion and his contributions to chess.  GCC saw 69 players pitting wits against each other from 2 May to 4 May 2014.  Durban's veteran Cyril Danisa gloriously emerged clear first with 6/7 against tough competition. 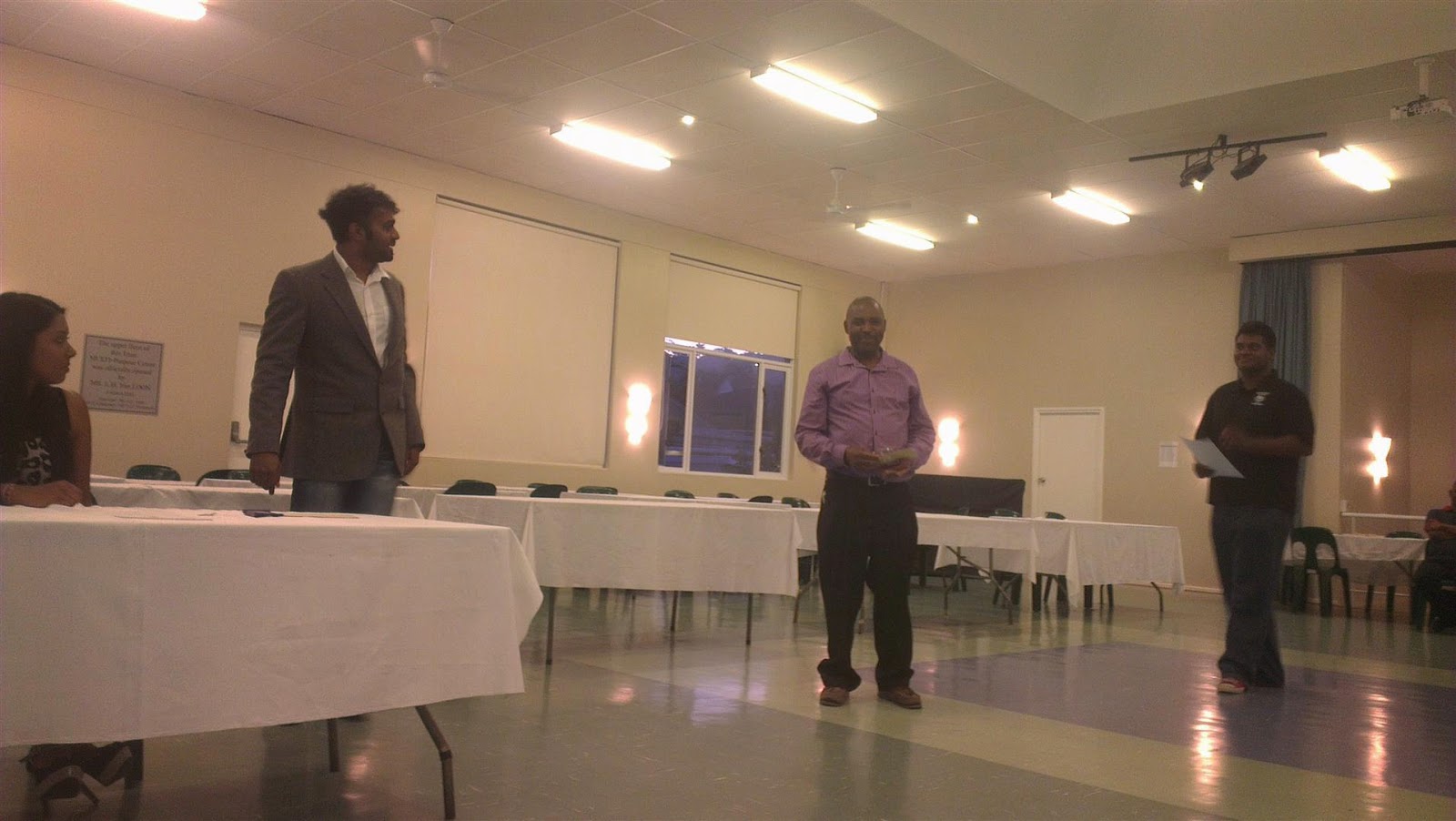 Most at the tournament would not know this fact: The tournament's esteemed Arbiter Keith Rust actually had the privilege of playing a game against Dr Max Euwe!  Click here to see how the young Keith Rust pulled off a draw against former World Champion Max Euwe, some 40 years ago! 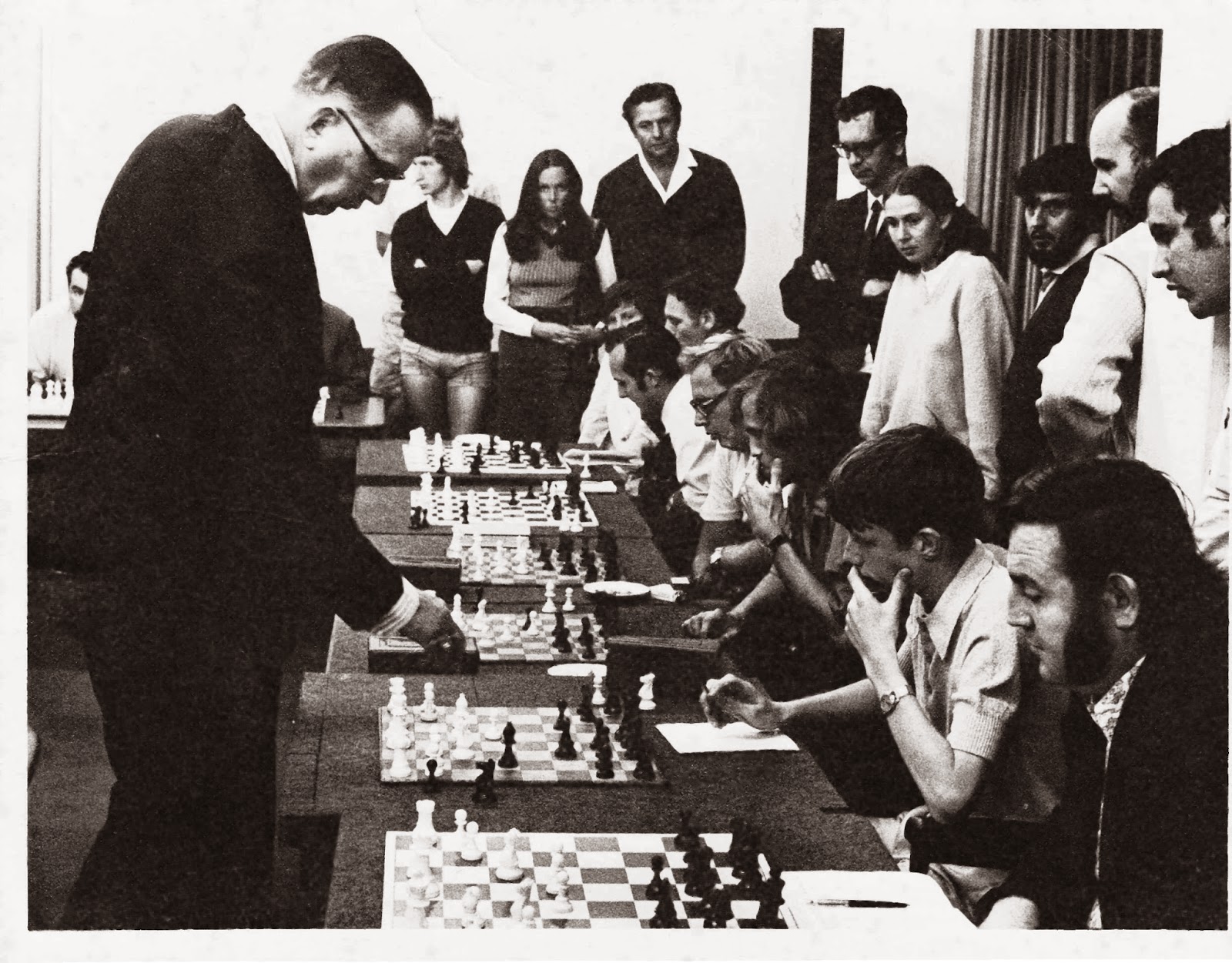 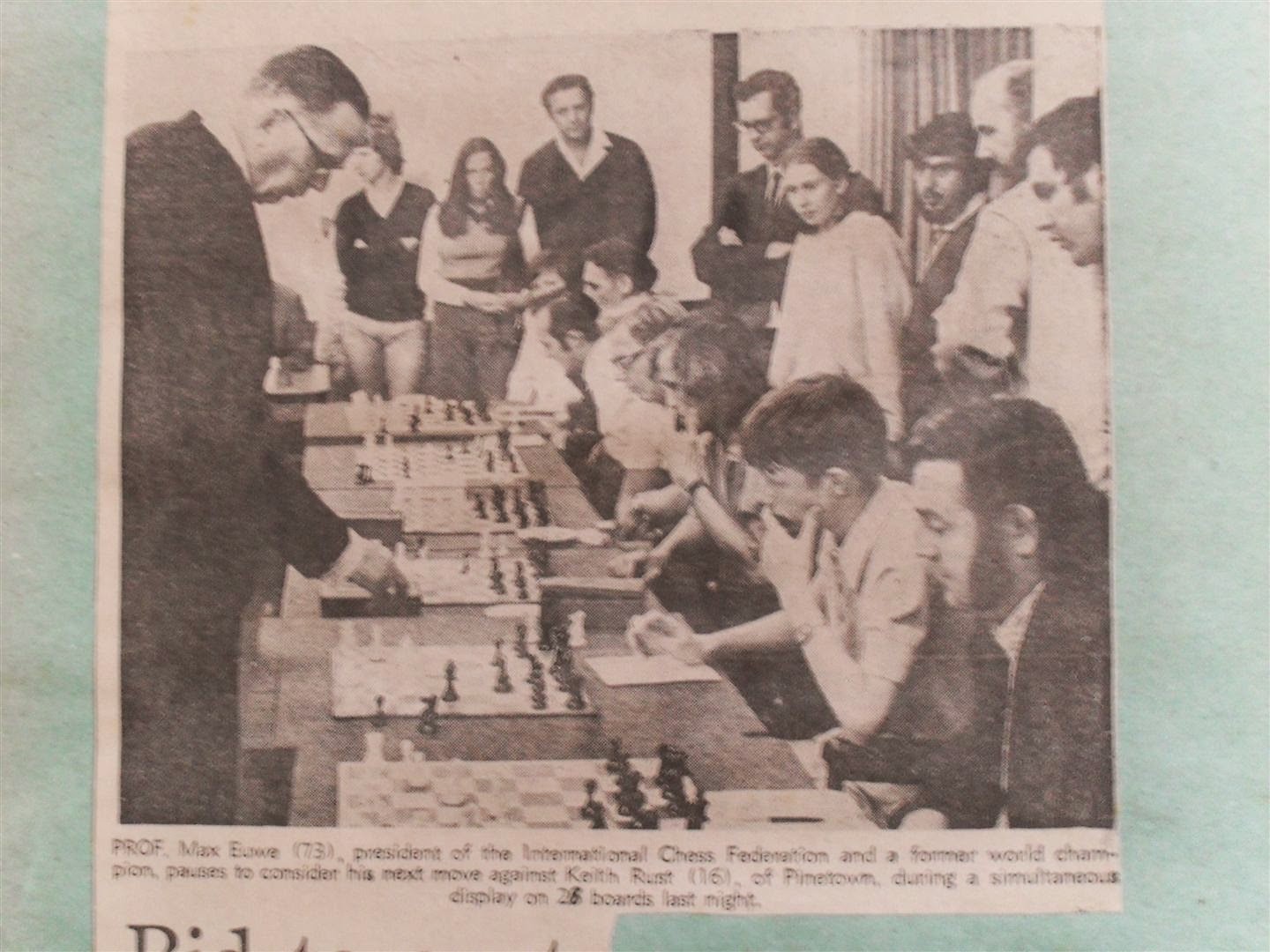 Considering GCC's committee used less than a week to prepare for the tournament, the youthful committee with a driven passion for chess organized and run an excellent tournament.

The results after round 7 are here.
at 17:49
Email ThisBlogThis!Share to TwitterShare to FacebookShare to Pinterest
Newer Posts Home
Subscribe to: Posts (Atom)